Creating not just another brand, but an emotion that relates to and voice that speaks for the weavers and wearers

Clothing has never been as much about -how you look- or -how ‘they’ see you-, as much as it is a visual representation of who you are and what you stand for. From your footwear to the colors in your attire, every single detail in what you wear certainly determines who you are as a person. Yet it does not limit to just that, women have successfully portrayed what they truly feel in a spectrum of ways and not all are necessarily through words. Fashion has been a bold statement made by women globally over countless eras of changing trends and beliefs, conventions and priorities.

The legacy of women expressing through Fashion

Trends have often been the beginning of a societal reform of any sort and can anyone deny that Fashion and Clothing industries have been the most consistent and given us some of the very influential changes in the time of pressing needs.

From Gatsby of the Roaring 20’s leaving behind the world of female oppression in the name of Victorian ideals, to the Miniskirts of the 1960’s, the era of raging women and wild transformations voicing a very ‘My life My rules’ kind of message and taking over the reins of their clothing back from their ‘future life partner’. It was the start of a generation where women wore what they wanted and owned their body, looks and length of their dresses (and skirts).

Dolly Parton’s “9 to 5” is one of the first things that comes to mind when you look back to the power suits of the 1980’s. A striking wave of women not merely showcasing authority in the corporate world but symbolizing the urgency to address gender inequality in the times of failing ‘Equal Rights Amendment’ in Congress and the Government blaming the rise of female workers for higher unemployment rates.

Unlike running scissors over skirts, this time the women protested in a bit more subtle but suggestive manner in their all-business silhouettes and strong-line power suits much like their male counterparts, ‘cause can’t a woman shoulder a jacket and responsibilities “Like a man.”

With many other such times where Fashion posed revolutionary (or sometimes perky and quirky) statements to the world, it’s no surprise that women have dressed in protest for many many years and Birdsong has taken up on themselves to carry forward this legacy, of fierce and resilient women that have come, with the women of the present, for the women of now and the ones to come.

That being said, what is birdsong’s protest against? and how are they different from the rest?

Birdsong an online fashion brand established just a couple of years back, in 2014 by Sophie Slater and Sarah Beckett of London, 2 friends in their then early to mid twenties, who first met one another on a free post-grad course based on tackling societal issues (in YearHere), has now become an example of Ethical Fashion and a call for change in the Fashion industry - and the environment.

How do they plan to bring in the change?

With the mantra such as theirs “No sweatshops and No photoshop”, Birdsong has taken it upon themselves to truly ‘Dress in protest’ and create a range of clothing, from edgy silhouettes to comfy knitwears, all out of natural fabric for the women, by the women, to dress in protest along with them and question the innate nature of Fast fashion.

“Wearing our collection of original wardrobe staples is a protest in itself– against the fast nature of the fashion industry, against the obsessive pursuit of trends and against the systematic abuse of women in the production line.”

Empowering the hands that create

Made of the talented women from women groups and charities in the UK who face the barriers to employment, Birdsong not just utilizes the skills and creativity of these females but is also particular about paying them a fair wage, namely the London Living Wage which is £10.75 per hour (around 14.12 U.S. Dollars) in the Greater London boroughs in 2020.

An average garment worker in Bangladesh in a fast fashion sweatshop factory earns merely 28 taka an hour, that is around 33 U.S. cents. In Cambodia around 85 cents an hour. In India, maybe 58 cents per hour. Globally, most garment workers working tirelessly for hours, don’t earn a living wage. The exploitation of low income group workers extend to unacceptable working conditions, heavy working hours and abuse. These incidences are well reported and documented and yet these sweatshops bloom like algae in the fresh waters.

To put a halt over the continual abuse of garment workers and in the quest to empower women facing issues of employment, the young founders of Birdsong were determined to recruit talented local females in the women groups and charities. Providing them with fair wage as well as training and emotional support.

This answers for the ‘No sweatshops’ but you might be thinking, what about ‘No photoshop’? Read along.

Going beyond the worldwide awareness about Sweatshops, Fast Fashion downfalls and Environmental threats, the 2 females behind the brand also recognized the negative impacts from the rise of the internet and easy access to social media stuffed with your top-chic models, most with unrealistic figures and features.

Social media is said to be one of the most influential sources in the life and mental health of its consumers, especially the Gen Z and Millennial's. With enough research and statistics to prove this and ease of posting and accessing content, this threat rises at an alarming rate. Statistically, 87% women and 65% men tend to compare their body image with the ones shown on social and traditional media and over 50% women derive unhealthy conclusions from this comparison. And with the fact that most fashion industry models you see are often heavily edited and photoshopped, the ‘ideal body and look’ in the minds of the viewers instills negative body image of, and unreasonable expectations from, themselves.

Thus the ‘No photoshop’ promise is made by the brand to ensure true and honest depiction of beautiful females encouraging body positivity and diversity. Their beautiful models are also rather unique, unlike over-represented Kardashians or Victoria Secret’s, these models are just like you and me. Birdsong casts their inspirational friends and activists as models. The audience connects the most with content that they can relate to, and by pairing together the authenticity and diversity of the models they feature, making the best use of their influence on the viewers and society, the brand manages to strike the notes of high relatability and trust. I’ll let the pictures speak for themselves. 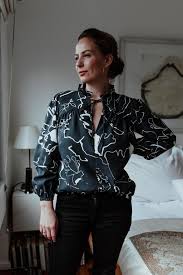 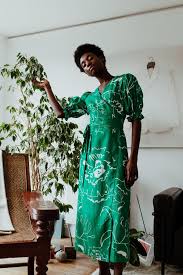 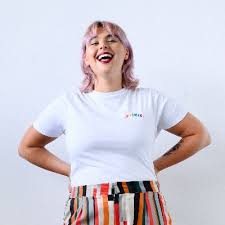 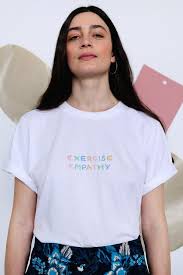 Sustainable in the core, Honest overall

Hand painted by migrant moms of ‘Mohila’ women's group, the 100% organic cotton collection’s sweatshirts and tees are said to be some of the softest and cutest, but they aren’t the only nature conscious collection. Cotton used for all their t-shirts are GOT certified and EU Eco Labeled. With the attempt to use sustainable and organic materials wherever feasible and partnering with ‘Traid’ and using second hand but quality fabrics. Finally, packing them in recycled, Eco-friendly packages (by adults in Camden with certain learning disabilities), they aim to be as sustainable and less waste producing as possible.

As for the honesty, enough being said, let me show you a post by the official Instagram of Birdsong on the material they use for their clothing range.

Creating Fashion worthy of the women who wear them

The thought, efforts and conscious decisions led Birdsong to be worthy of calling itself an ‘Ethical Fashion’ brand. Managing to join all the dots and by ticking all the boxes, Birdsong offers trendy outfits truly worthy of the women who wear them.

“We see it as our job as a smaller, braver brand to create an alternative industry. Using natural, sustainable fibres and respectful labour practices, strengthen not only our connection to one another, but to the Earth.”

Revolutionizing “The Better Packaging” for a waste-free world

What Ethique Zero-Waste Cosmetics Can Teach Us About Branding